Smashing self-employment: Working for yourself 101 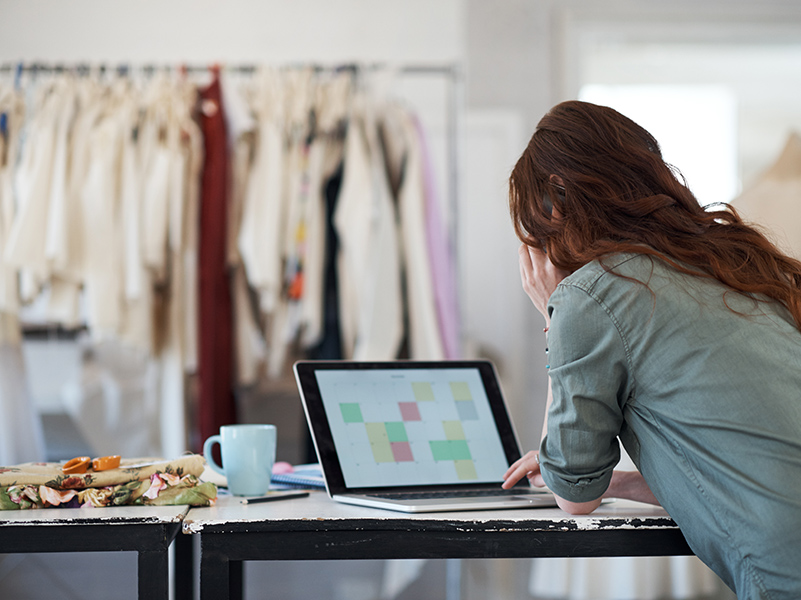 Becoming self-employed – whether that’s starting a new business or just leaving the office behind – can seem scary, but it doesn’t have to be.

As someone who spent a long time trying to persuade someone to pay me to do something I enjoy, I get that finding a steady job can be stressful enough.

The idea of deliberately NOT finding a traditional job, one which probably already exists with a boss and a steady salary and maybe even a desk or a clear progression pathway, could seem completely impossible.

The thing is, there are lots of different types of legit careers and one that often gets overlooked is self-employment.

It takes a lot of guts to go out on your own but for some people it can be a great way of earning a living on your own terms. Plus, there are five million self-employed people in the UK right now so it clearly isn’t as impossible as it sounds.

What does being ‘self-employed’ mean?

Being self-employed can cover a whole range of different things. You could be a shop owner, a freelance writer, a contractor or consultant, a jewellery-maker selling on Etsy – basically anything. The key is you’re going out on your own and you’ll be your own boss, setting your own hours, making your own decisions, and finding your own opportunities and income sources.

The reality is it won’t be for everyone. You might like the sound of it but realise you prefer the routine of a 9-5 job, or like the guidance having a boss can give you. But for some people it can be ideal.

For example, pros might be flexibility and calling the shots yourself, whereas cons might include long hours and less regular income, at first at least.

The main thing is to think about your situation, strengths, skills and what you like or dislike about work. You might even realise that all these things point to a different type of work than what you’re in now, but that isn’t self-employment. Or, you might realise self-employment would suit you down to the ground.

You might even be set up as one already and not realise. If you start working for yourself, you’re automatically classed as a sole trader. This means you’re officially self-employed, even if you haven’t told HM Revenue and Customs (HMRC) yet.

Ultimately though they’re just different ways of officialising the fact you work for yourself, so don’t get put off by the formal-sounding terms.

Part of the reason a lot of people are wary of working for themselves is because there are still a lot of myths out there which put them off. On the flip side, misconceptions can also mean some people think it’ll be different, or easier, than it actually is and rush in too soon.

For example, a lot of people believe it’s really expensive to start a business or that they need to get bank loans to do it. They think they’ll get massive tax bills by being self-employed or – on the other extreme – that they’ll be living the high life after three months, and that being self-employed is less work than being employed.

This is why it’s so important to do your research, as every situation will be different.

A couple of things are true though. Firstly, there’s a lot of support out there but people don’t know where to access it

Second, there’s probably never going to be a ‘perfect’ moment to work for yourself, so if you want to do it and have a good plan and some support in place, then why not now?

A lot of people also feel like they don’t have the confidence to go forward with their business, but that doesn’t mean you couldn’t succeed – support and planning are key.

Something else to bear in mind is you don’t have to jump in the deep end. You could be self-employed while still being in a regular job while you build up your confidence and business.

You’ll find out more about what’s involved over the course of this blog series, starting with ‘first steps’ next time.

If you’re an Onward customer interested in becoming self-employed, or you already are but need some guidance, we might be able to give you some support. Get in touch with our Social Investment team to find out more!

If you’re just looking to get into a more traditional work set-up, get some training or need careers advice our Works4Me programme is a great first port of call.

Anyone in the Greater Manchester area can get support with EnterprisingYou, an exciting new pilot scheme that supports the self-employed and gig economy across the area.

The programme will provide 2500 GM residents’ earning less than £27,000 access to a range of services including:

It’s a government-funded programme, and also a product of the partnership between the Growth Company and PeoplePlus Enterprise.

There’s a launch event at the Science & Industry Museum on 10 March if you want to find out more and meet a range of businesses, education institutes, local authorities and key influencers. For more information contact Michael Ayre on 077147 51438 or info@enterprising-you.co.uk.

Onward customers across the North West can get in touch with our Social Investment team to find out more about our careers support.

Find out more on our employment and training web page