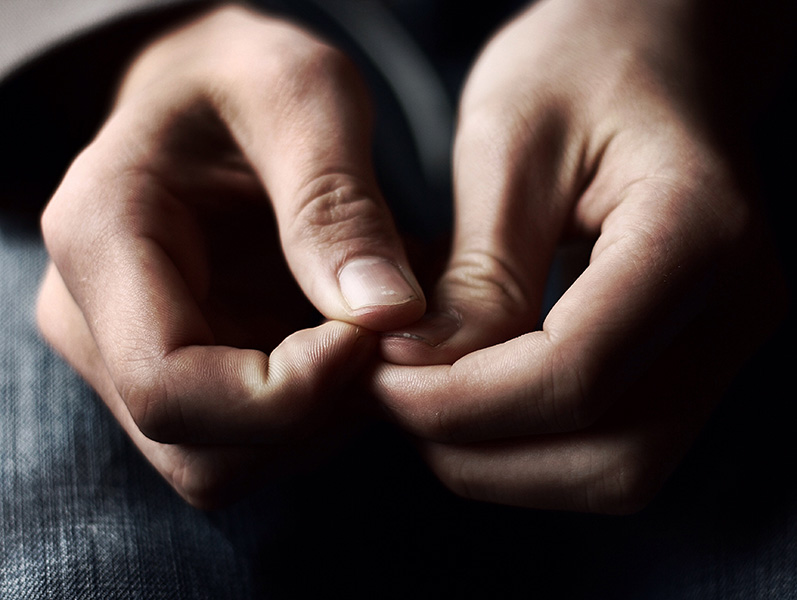 December can really throw your finances for a loop but there is help available, as George found out.

The next couple of months can be really tough for a lot of people.

The pressure of Christmas, alongside increased bills during winter, can mean you really feel the strain, both financially and emotionally.

The good news is, there is help out there to ensure money troubles won’t affect your Christmas – as one of our customers found out.

Struggling in the festive season

In the days leading up to the Christmas holidays last year, Onward Neighbourhood Specialist Lindsay went on a home visit to see George.

She quickly realised George was living in extreme poverty and social isolation.

He was trying to survive on just £190 a month in Universal Credit benefits, carefully budgeting out every penny.

He was spending £31 a month on gas and electric, making sure he didn’t use more than £1.00 per day on each. This meant most of the house was in darkness and he could barely use the heating, even though it was freezing.

George had eaten packet noodles, crisps and soup every day for the entire month, trying not to fall behind with any other bills.

He’d worked all his life but after his son passed away 18 months earlier, his mental health suffered. Because of this he found himself out of work and claiming benefits.

Several Onward teams rallied around after hearing what George was going through.

They put together food donations and topped up his electricity and gas. They even made a bit of extra time to visit him so he had someone to talk to.

He also went to see his doctor to get help for his depression.

Their kindness and compassion helped George get through what would have otherwise been a very dark Christmas.

A year later and things couldn’t be more different.

George started work in April and is now financially stable. He says the support he’s been given has helped save his life.

He wanted to express his heartfelt gratitude to the Onward team (with an extra shout out to Lindsay) and has popped in several times to thank them in person.

He’s also planning on donating some items to the food pantry the team has started for emergency food parcels, so he can help the next person.

How we can help you

George’s story might sound quite extreme, but anyone can find themselves in financial difficulties for any number of reasons. Particularly around Christmas, extra costs can pile up, making things even harder.

The bottom line is it’s nothing to be ashamed of and you’re not alone. You don’t have to try and struggle in silence, like George was.

If you’re an Onward customer you can get in touch with our Financial Inclusion Team for free, confidential support.

Another tip is to get your rent sorted ahead of time, as the last thing you want to be worrying about is your rent or bills in the lead up to December 25. Plus, you’ll be able to start the New Year on the best foot and go into 2020 with a clear rent account.

You can find a way to pay that suits you here, but again, if you’re worried about how you’re going to afford it, get in touch to discuss your options.

If you’re not an Onward customer there are still plenty of services out there, such as the Citizens Advice Bureau, which can help you with debt and money advice.

Making sure you’re on top of your finances and prepared for the festive season means you can have a brighter, happier Christmas.

Get in touch for support around your finances