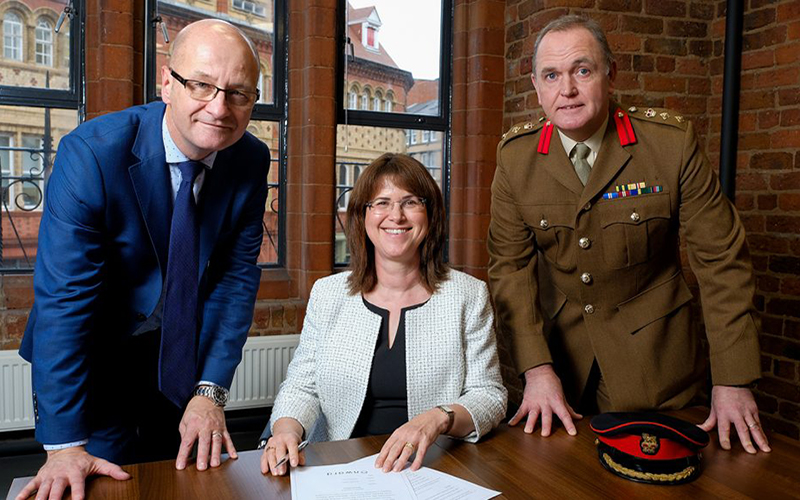 As a leading housing provider, Onward will support the armed forces personnel across its communities in the North West, with a focus on homelessness among veterans.

A large proportion of homeless people are believed to be ex-service personnel. Through the covenant Onward will provide focused housing support to serving and veteran armed forces personnel whilst ensuring that staff have the skills and knowledge to signpost and access the most appropriate services.

Onward – who join over 2,000 UK organisations in signing the pledge – will also look at how it can identify veterans among its existing customers to offer tailored support.

Executive Director of Operations for Onward, Alastair Cooper, who is also a Colonel in the Army Reserve, said: “The military can be quite invisible in society. As an officer in the Army Reserve I have a deep-rooted commitment to ensuring that our service men and women and their families are fully supported by organisations such as Onward.”

Colonel Ray Hughes, Deputy Commander (Reserves), Headquarters North West, commented: “It is a pleasure to be working alongside Onward. I hope that we will do good things together in the future.”