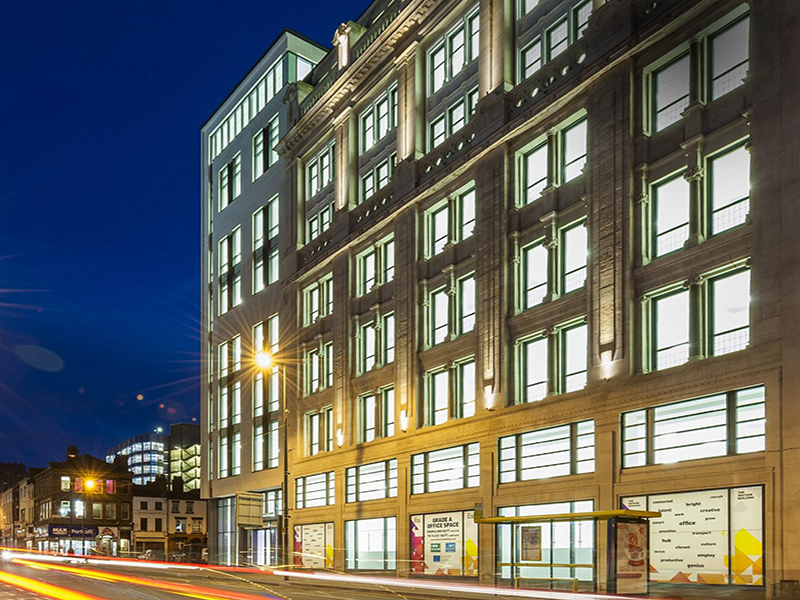 Onward Homes has signed a 15 year lease to move more than 200 staff to the Watson Building on Renshaw Street.

The new office, located in Liverpool’s newly branded Upper Central (formerly known as the Knowledge Quarter), will position Onward in the heart of the city’s next phase of urban regeneration.

The move will also enable Onward, a leading provider of social housing in the North West, to maintain its 50 year commitment to Liverpool. The organisation then known as Liverpool Housing Trust (LHT) was first established by a group of volunteers in 1965 to provide good quality homes to local families living in some of the worst housing conditions in the country.

LHT’s purchase of its first home on York Avenue in Sefton Park that year paved the way for change through the introduction of affordable housing to Merseyside.

Onward’s Chief Executive Bronwen Rapley, said: “We are excited to be moving to a modern, purpose-built office at the Watson Building in Renshaw Street, which will be welcoming to customers and will provide a great working environment for colleagues.

LHT committed to  12 Hanover Street at a time when there was very little else being developed in this area of the city centre. Since then Liverpool One and massive regeneration has occurred around us. We’ve played our part in this regeneration and look forward to witnessing the next stage in the journey of what can only be described as a stunning statement building.

True to our aim to create positive spaces, we remain very much committed to Liverpool. The new office is located on major bus routes and is a short distance from major transport hubs and is part of our commitment to encourage sustainable modes of transport and contribute to the regeneration of this key area of the city centre.”

The move to the Watson Building is expected in February 2020.