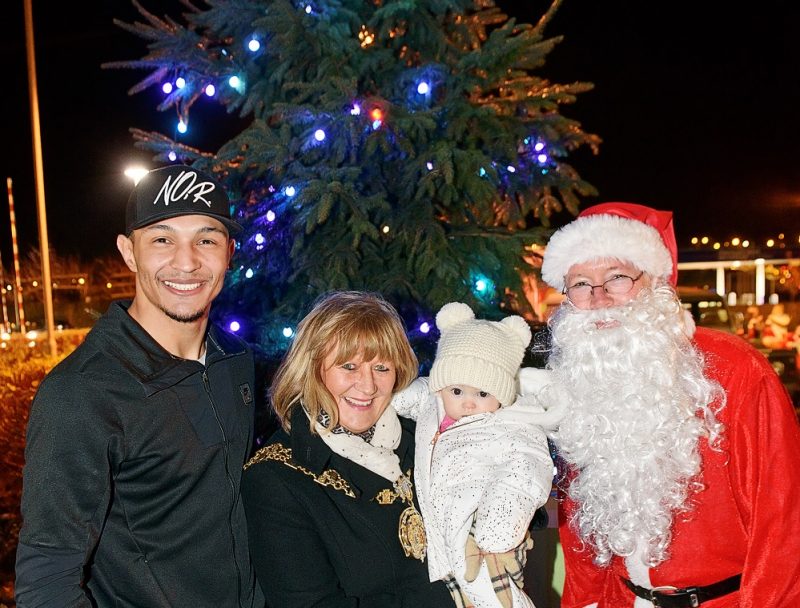 Hundreds of residents braved the winter showers with their brollies, where they were treated to live musical performances from Pinfold School Choir and St James’ Brass Band.

The special event took place at the Hub off Stockport Road last Friday (30 November) and was organised by the local community and supported by Onward.

Inside, those attending could pick up festive treats from Christmas markets, and the Hub Art Club were also in attendance, showcasing some of their fine artwork on offer.

The event was topped off by some festive carol singing led by Hattersley Baptist Church, along with a special appearance by Santa himself to the delight of the youngsters attending.

Eddie Vickers, neighbourhood manager at Onward, said: “We were delighted to see the Hub full with so many people enjoying the event. There are some thriving community organisations doing some great things in Hattersley and Mottram. We would like to thank all of the local groups and volunteers who were involved in organising the night and everyone who attended.”

Local resident Elsie Dixon said: “Absolutely brilliant event. I’ve never seen so many people from the community come to show their support. It’s fantastic to see so many families of all ages enjoying themselves.”

The 15ft tree is located at the front of The Hub and is visible from Stockport Road. It will be available to view until 2 January.