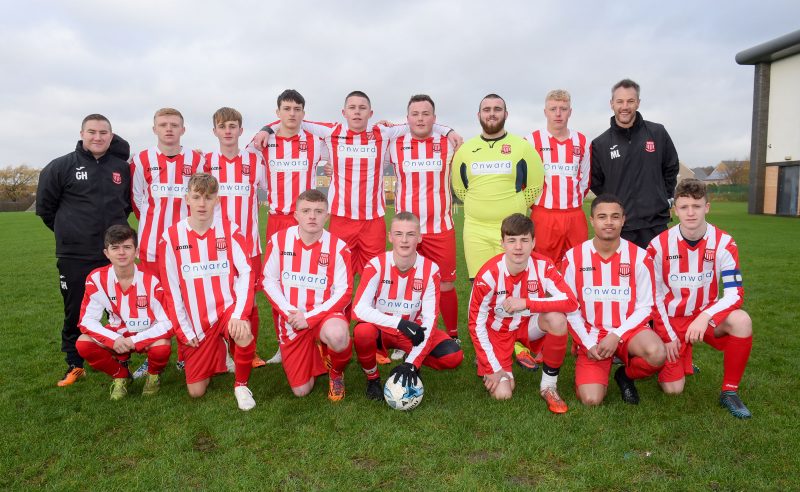 Leading North West housing provider Onward has stepped in to support a local community football club in Tameside, supplying them with new strips and training gear.

Onward has kitted out Hattersley Football Club teams across all age groups, from the under-7s right up to the open age senior team, as well as providing matching tracksuits for the teams’ coaches.

As part of the kit sponsorship, Onward’s logo will be displayed on the front of club’s home shirts.

Hattersley head coach and deputy chairman Gareth Howell said: “It was a lovely gesture from Onward to supply us with these kits, and something that we weren’t expecting.

“It’s great to see a local housing association giving something back to the community and supporting their local team. As someone who grew up in the area, that’s really important to me.”

Nicola Williams, head of wellbeing and social investment at Onward, added: “We are delighted to be able to support one of our local football teams.

“Sport is a great way of bringing the local community together and we’ve been working with Hattersley Football Club over the last few months on a number of initiatives.

“The teams look fantastic in their new kit and we wish them the best of luck for the rest of the season.”

Based at the Ken Ward Sports Centre on Hattersley Road East, the club has been run by an army of volunteers since being established in 2001.

The club now has ambitious plans to expand and are currently working with Onward on a number of initiatives.