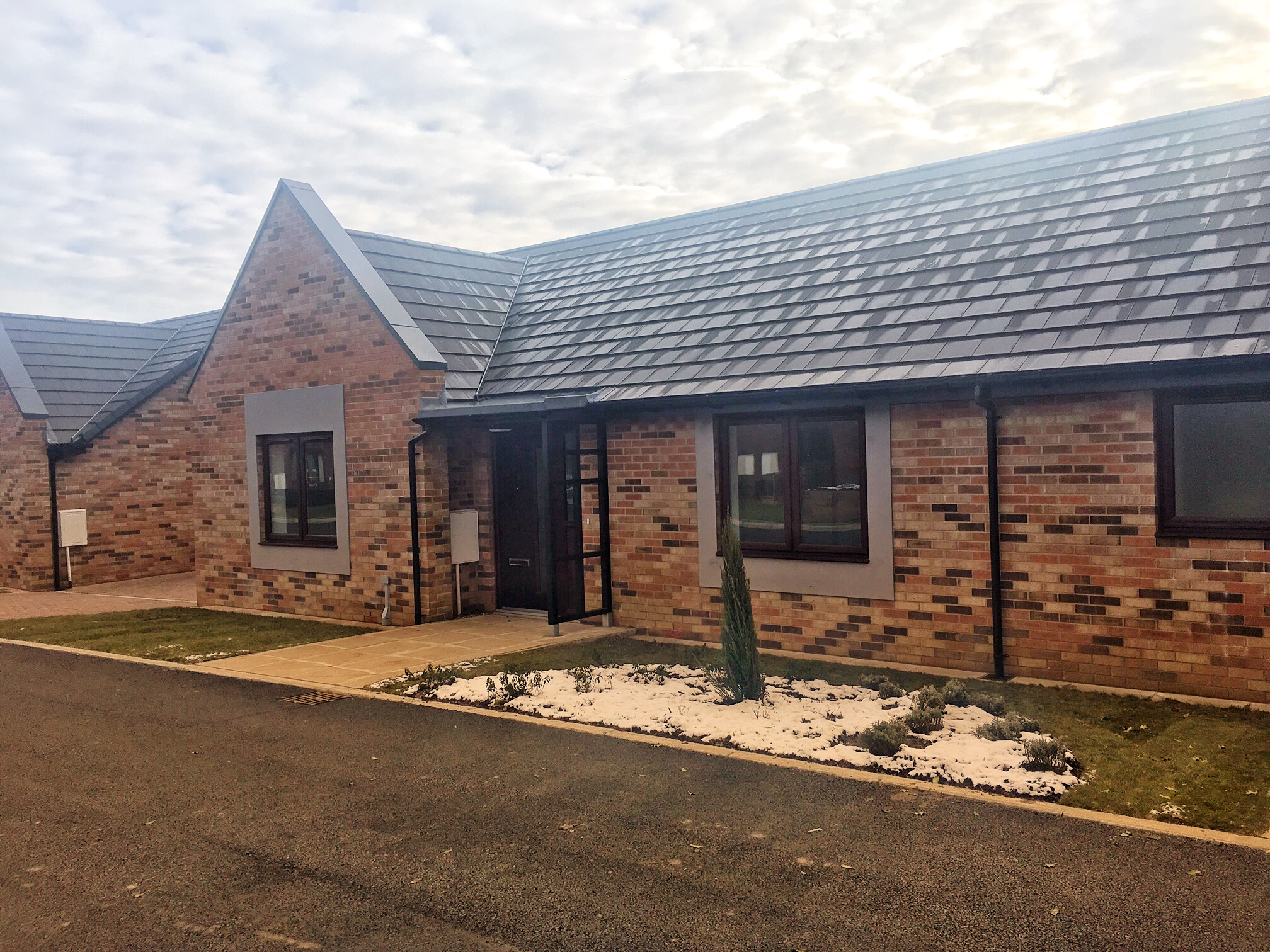 Six new bungalows have been completed at Showley Court in Clayton-le-Dale, Clitheroe, as part of improvements work at the sheltered housing scheme.

The six new bungalows add to the existing 18 flats and 16 bungalows at the scheme, owned by Onward, formerly known as Ribble Valley Homes.

Improvements to the existing facilities include an extension to the scheme’s communal lounge area, new warden’s office and a new scheme entrance.

Lin Powell, Head of Development for Onward, said; “Showley Court was built back in the 1980’s and had started to become a bit dated. The improvement work to the communal area will bring benefits to all residents at the scheme, and the addition of the six bungalows adds to the community and makes positive use on some unused land at the site.”

The new bungalows are for sale on a shared ownership basis. There are three 1-bedroom and three x two-bedroom properties which all feature a dining kitchen and lounge which are at the rear of the property taking advantage of amazing views over open Lancashire countryside. Each bungalow has a private patio area to the rear to sit out and enjoy the views.

Mr & Mrs Taylor are two of the new residents at Showley Court. They moved to one of the new bungalows from their two bedroom house in Chatburn, Lancashire.

On their move and their new home Mrs Taylor said, “We absolutely love it. Size wise it isn’t much smaller than our old house, but it was important for us to have everything on one level, as it makes it so much easier for my husband.

“The bungalow has been done out to a really good spec, and I love our kitchen. We also have a lovely patio, and looking out the window there are stunning rolling fields, and that’s our garden without having to cut the grass. Everyone who visits think it is gorgeous, we are very happy.”

The £1 million investment at Showley Court included a £120,000 grant from Homes England.